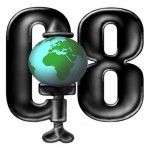 Heads of the G8 leading industrial countries are set to meet emerging nation leaders to try to push through a new deal on limiting global warming.

US President Barack Obama will chair the key session at the G8 summit in the Italian city of L’Aquila.

On Wednesday, the G8 said it had agreed new targets for limiting global warming and carbon emissions.

But correspondents say emerging nations appear reluctant to sign up and tough negotiations lie ahead.
The second day of the summit has begun, opening up its discussions to take in the so-called G5 nations – Brazil, China, India, Mexico and South Africa. Egypt is a special invitee.

The G8 leaders said on Wednesday they had agreed to try to limit global warming to just 2C (3.6F) above pre-industrial levels.

That is the level above which, the United Nations says, the Earth’s climate system would become dangerously unstable.

But analysts say there are several questions over the announcement and no indication of how targets will be met.

They say the main problem is that no interim targets have been agreed, and developing nations appear unprepared to accept big cuts to their emissions until developed nations pledge more financial assistance.

Leave a reply or cancel

This site uses Akismet to reduce spam. Learn how your comment data is processed.